Behind our EX Series Panels is Some Serious Technology 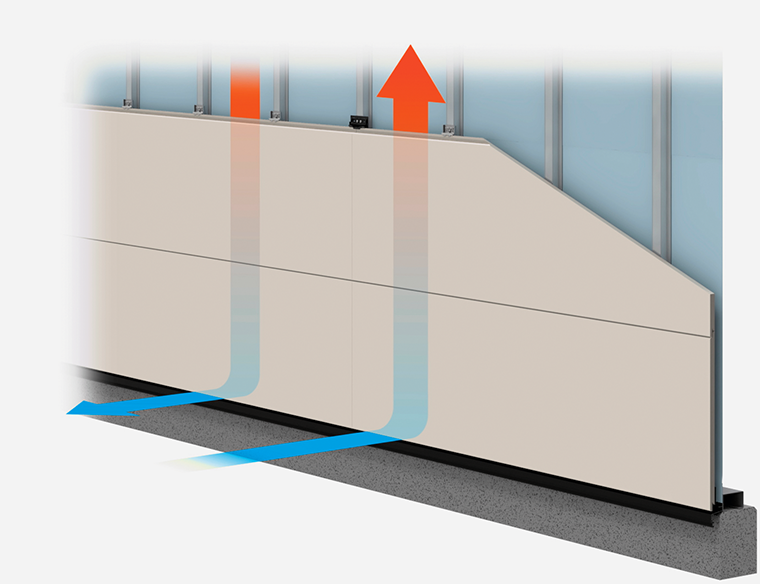 creates a hidden fastening system that all but eliminates face fastening. Installation is quick and easy and never requires speciality subcontractors.

are lightweight, easy to handle and available in a virtually endless color palette and a diverse offering of textural finishes.

pulls double-duty. It ensures a fast, level installation, and its patented drainage channel directs water out and away from the base of the wall.

design allows water to escape and air to circulate, reducing the risk of mold and water damage inside the building. 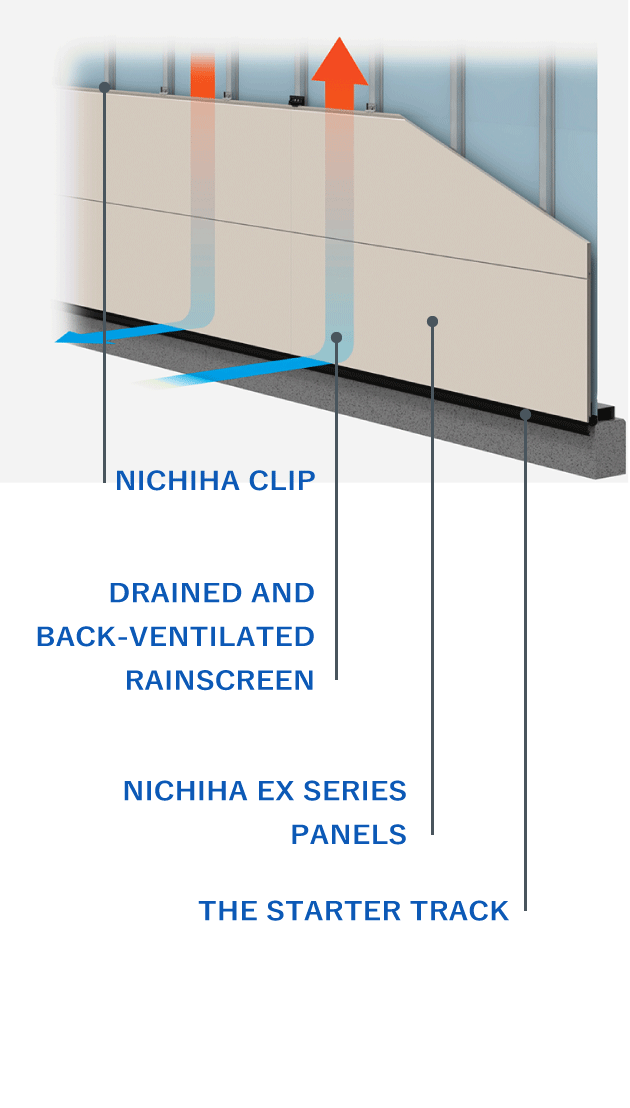 The panels have a special NichiGuard™ self cleaning coating applied during the manufacturing process. Panels include PlatinumCoat™ technology to protect against UV damage and color fade.

Fire safety and compliance become a significant issue for the construction industry on the back of several tower fires which have attributed highly combustible aluminum cladding as a significant contributor to the spread of fire. More than ever, all stakeholders within the building process must be more accountable and informed when specifying non- combustible cladding products and systems.

Nichiha EX Series is deemed to be non-combustible as it is classified as A2, s1-d0 in the European Reaction to Fire classification system.*

In addition, systems using Nichiha EX Series panels for their facade were tested in various countries as shown Table 1. It is notable that the system including Nichiha EX Series became the first fiber cement facade product which passed one of the most severe facade testings in the world, the Australian fire propagation testing and classification (AS 5113).

“100% domestically-produced woods + cements”
“NICHIHA Offset siding” is the product that we utilizes woods.

You can’t keep forests unless you cut down trees. It sounds like a contradiction, but it is true. “Wood thinning” is for keeping distance among trees and provide trees enough light evenly. “Regeneration cutting” is for cutting down trees. Grow trees, cut down the trees, and plant new trees. Young trees can absorb a lot of CO2 by doing that repeatedly, which leads to prevent from Global warming.
However, aging of forests is getting a serious problem due to the lack of necessary care by low demand of domestic timbers. The passion about trees and desire of protecting woods and promoting the use of domestic timbers produced “NICHIHA Offset Siding” by utilizing wood chips.

What is offset siding?

This is an exterior wall product made by utilizing wood chips of domestic wooden chips. It corresponds to Excelard and W series. At the 17th Conference of Parties to the United Nations Framework Convention on Climate Change(COP17) in 2011, it is agreed to count the emission rate of carbon from cut domestically-produced woods when the wood product was discarded. Therefore, the exterior wall material using the domestic woods is admitted as a storage of carbon until its disposed.